Hi beauty friends!
I just wanted to share with everyone who me and the hubby were and looked like for Halloween!  We were the characters from the movie "Up".  I was the old grumpy man, Carl.  Roger (husband) was Russel the boyscout kid.  I always laugh to myself, because who ever met me that night is going to refer me as "Oh yea, I met you that night when you were an old man!".  I never look cute or sexy for Halloween.  The costumes character were my husband's idea, and it is one of our favorite movie!  I went all out and shopped mainly at different thrift stores for our clothes.  For my wig I bought a Marylin Monroe wig, since it was the only one that was white enough for my old grumpy man look.  I cut the wig to make it look less glamorous.  For my makeup I just applied lines on my non existence wrinkle lines using a small eyeshadow brush with a grayish brown eyeshadow.  Roger didn't have to do much, he kind of already looks like the kid Russel (lol laughing to self! It's cute!).  I made sure he had all his bagdes, which were just round bubbly stickers that read "good job!" "Awesome!" and so on.  They started disappearing at the end of the night by falling off.  To finish off the look I bought a wooden bird house and attached some floating balloons to my wooden bird house.  Oh, and we won costume contest that night!  I was also guessed as Einstein, until people saw Roger and started telling me we were so cute!! 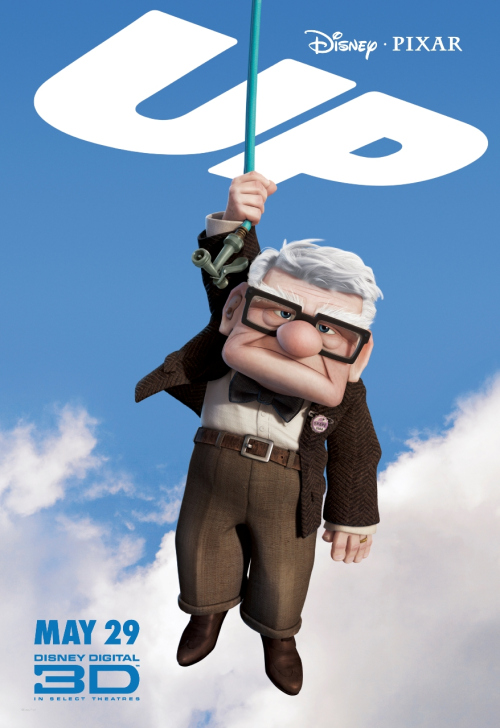 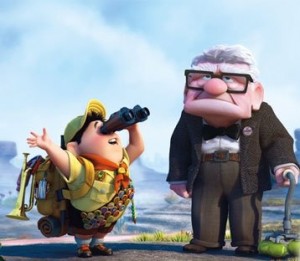 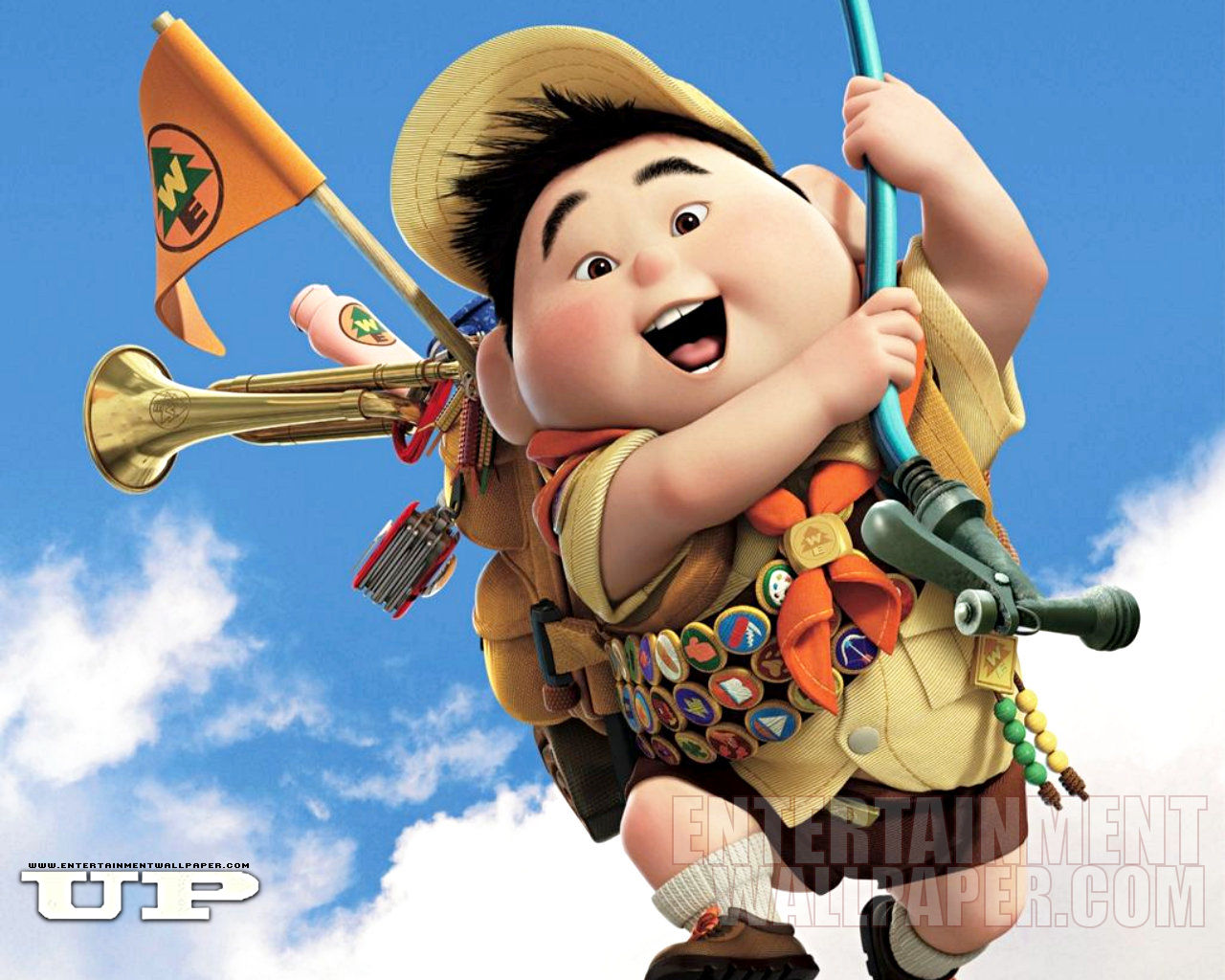 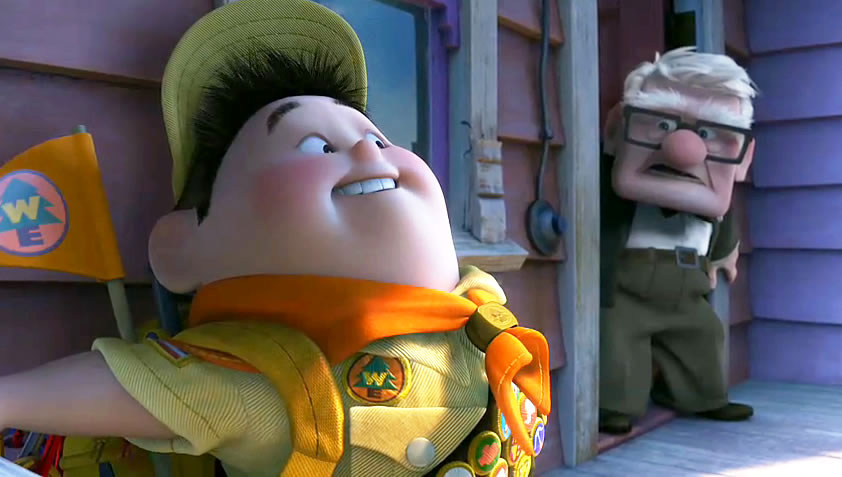